Despite not growing up in the mountains, I did grow up with mountains. If Little Mell Fell in the Lake District was my baptism aged three, then Bruach na Frithe on Skye’s Cuillin a decade later was my confirmation – a coming of age for a boy for whom mountains then became a religion.

The drive on our yearly pilgrimages to Skye from East London was a gently building crescendo of arresting scenery which reached its climax at the Black Cuillins (though were often obscured by characteristic murk, a quality which taught me the lessons of delayed gratification). Billed as the peaks of “Alpine Britain”, they are unquestionably special: true snarling, jagged mountains in a land of hills, made all the more tantalising by my father saying, “Maybe when you’re older.” These were mountains for big boys. 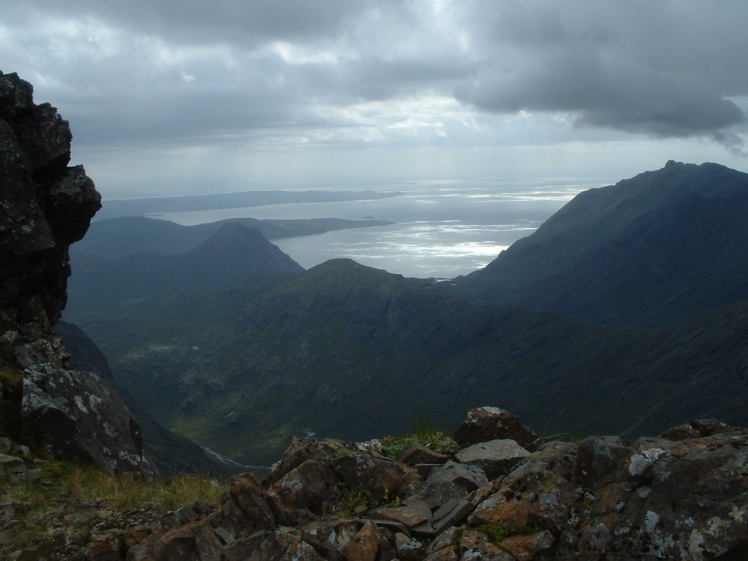 My hillwalking rite of passage came in my fourteenth year, now competent at turf scrambling, bog yomping and battling midges in the Red Cuillins and MacLeod’s Tables. I stumbled much of the way on the lengthy walk-in, unable to look at my feet and instead drawn to the mountains ahead as they slowly got bigger and more imposing. No longer on an isolated grass lump, I was humbled by the foreboding and bizarre world of dark, compass-negating rock of the Fionn Choire, where grippy gabbro and soap-like basalt blended indecipherably into one another.

The previous year’s slog up Marsco, the highest Red Cuillin, produced false summit after false summit; an endless grassy purgatory. Here the view and wind smacked me in the mouth instantly upon reaching the Bealach nan Lice. The short, airy stride to the summit produced the view that changed everything: the sweep of the Cuillin ridge that I’d only ever viewed from below as a world for those far bigger and better than me.

Now before me was a tick list in the sky, in addition to the rapidly forming tick list in my head after learning that there are 281 more of these in Scotland alone, and that’s just the ones over 3000 feet!

I live some 600 miles away from Skye, but a trip there is always like a homecoming. The British hills are immeasurably special to me, but nowhere more so than the place that started it all off.